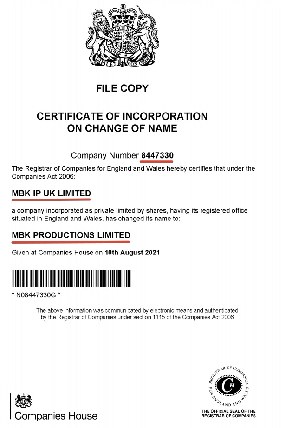 On August 4, 2021, the Federal Service in the Sphere of Telecom, Information Technologies and Mass Communications (Roskomnadzor) on demand of the Office of the Prosecutor General of the Russian Federation blocked the websites of entities connected with Mikhail Khodorkovsky. The activity of the resources “Otkrytyye Media”*, “MBKH media”*, and the “Pravozaschita Otktrytki”* (all banned on the territory of the Russian Federation) is recognized as undesirable in Russia. Apart from that, the access is closed to the information resources "Open Russia Civic Movement"* and "Open Russia"* (banned on the territory of the Russian Federation), as well as other entities affiliated with the famous oil swindler. As early as the next day, he made a loud statement on his page on Twitter: "the confrontation with the regime will continue in the light of the new risks”. 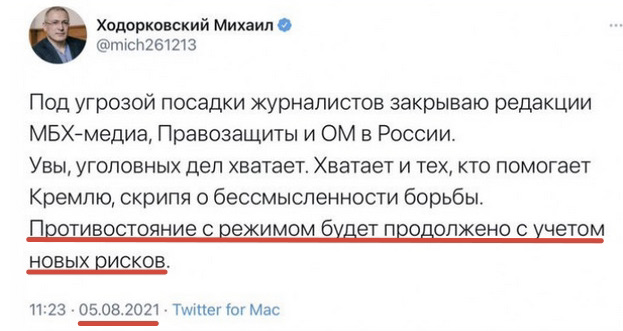 And, literally in several days became visible the “slinky” steps of Mikhail Khodorkovsky with a view to cover up traces and to “cut off tails”. So, according to the Register of Companies of the United Kingdom, on August 10 “MBK IP UK Limited”, one of Khodorkovsky’s companies, changed its name to “MBK Production Limited”.

Let’s look attentively at what the firm “MBK IP UK Limited" was famed for and why it was necessary for the famous in Russia financial trickster Mikhail Khodorkovsky to hide it overnight and rename it to “MBK Production Limited”. 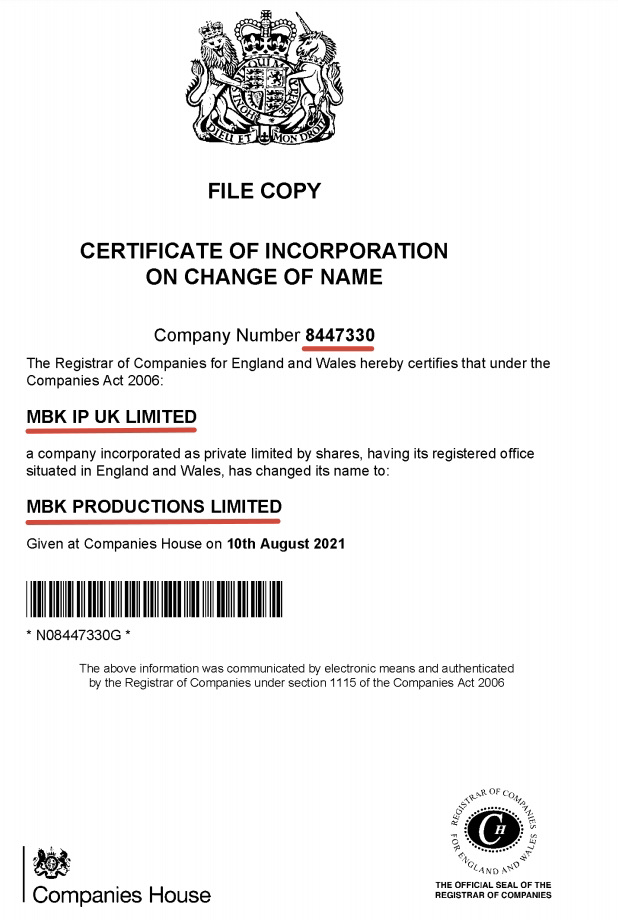 The company “MBK IP UK Limited” is mostly known thanks to the fact that on its name were registered the trademarks “Otkrytaya Russiya” “Open Russia” (banned on the territory of Russian Federation), as well as “Ходорковский” and “Khodorkovsky”. About that, the agency FLB.ru wrought as early as in 2015 in the article entitled "The London tail of "Open Russia".

The same company was also famous for numerous changes of directors. If we open the history of submission and registration of documents in the Register of Companies of the United Kingdom, we will see, that, at the moment of the registration, Kelvin Mark Hudson was named director of it. 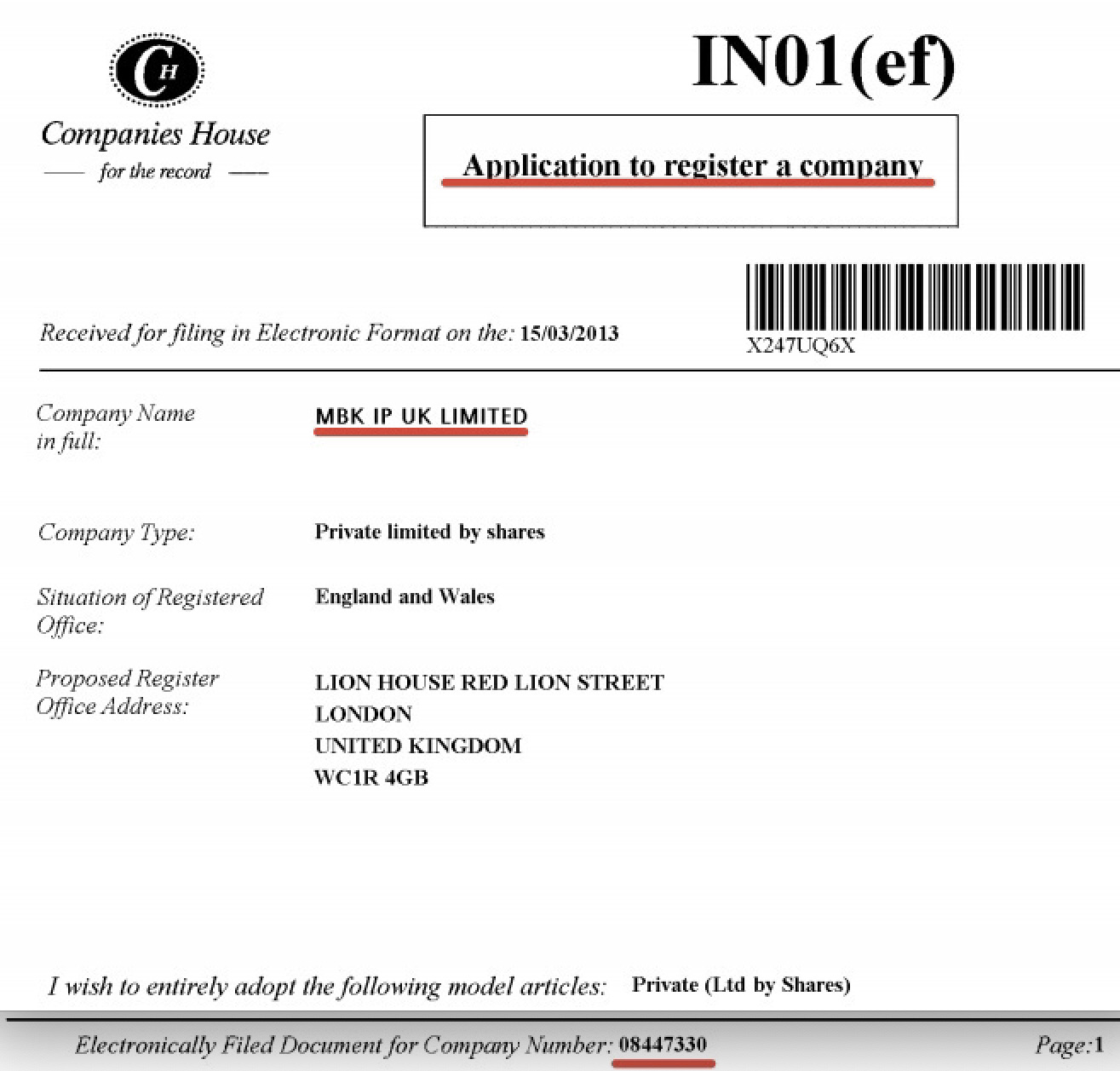 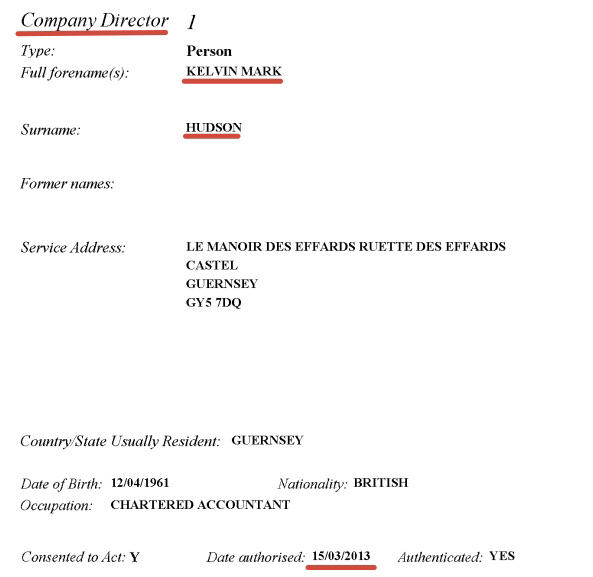 Then, on January 25, 2018, another change of directors took place – Hudson was replaces by Kamilla Mehtiyeva. 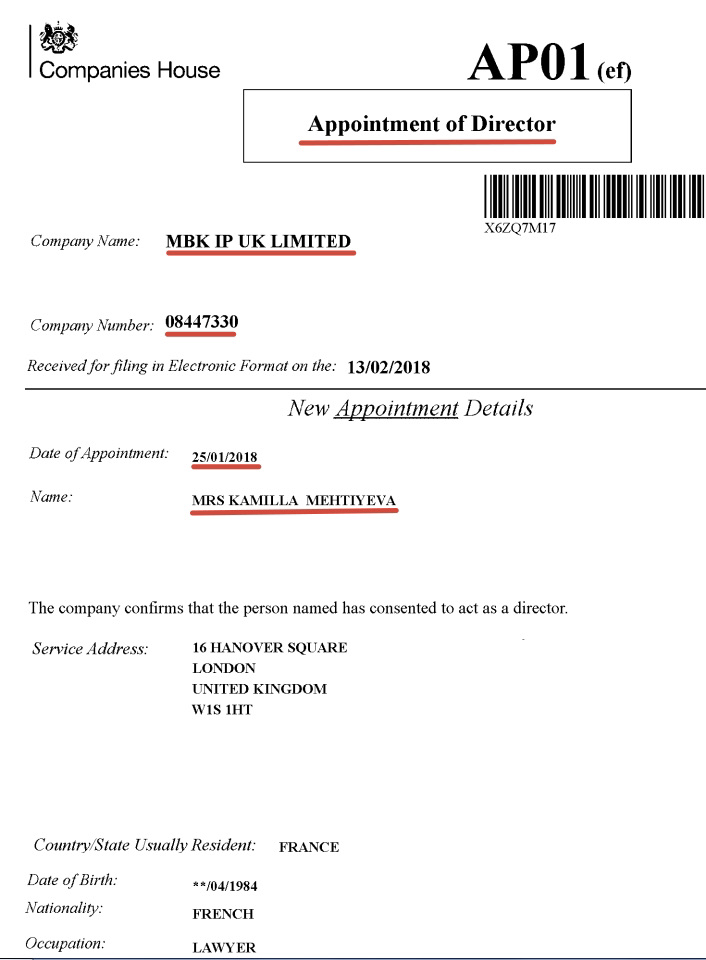 This lady with French citizenship is mostly known by her participation in the Russian projects of Khodorkovsky. For instance, in the capacity of the lecturer at online-school “Pravozaschita otkrytki” (Russian: «Правозащита Открытки»*) (banned on the territory of the Russian Federation). 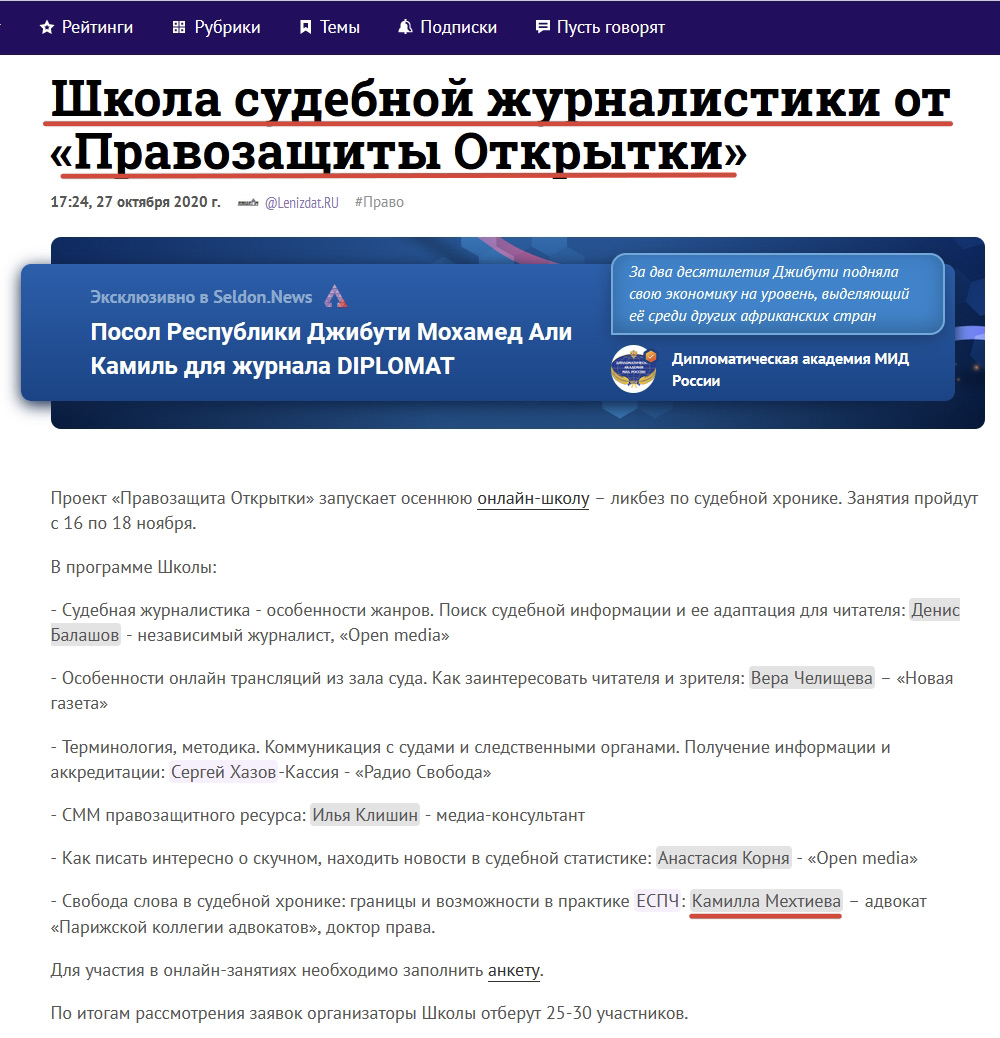 And, finally, on May 28, 2021, on the next day after the self-dissolution of “Open Russia”, Khodorkovsky once again changes the director of “MBK IP UK Limited”. This time Natalya Shachkova was nominated to this post. 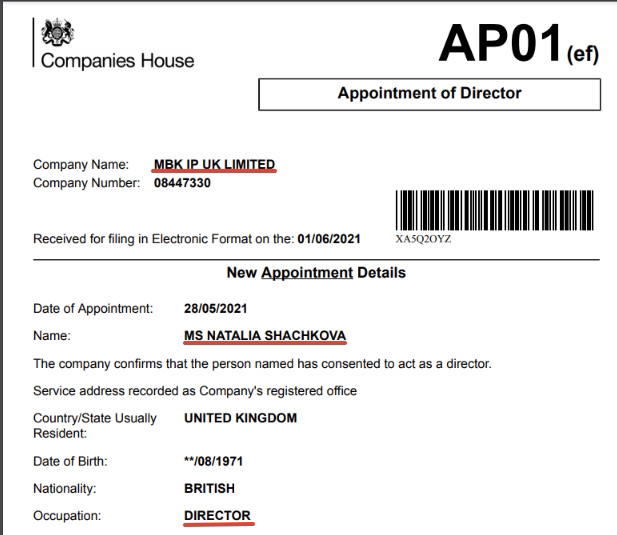 This is the same Shachkova that previously came into the view of the Agency of Federal Investigation FLB.ru as director of different companies of Khodorkovsky through which the financing of projects of the fugitive oligarch had been organized. The most famous of them is “Otkrutaya Russiya” (banned on the territory of the Russian Federation) about which we already reported in the investigation “The Czech disposal dump”.

By the way, Khodorkovsky’s “Otkrytaya Rossiya”* is also famous for changing names – it changed its name after April 26, 2017, the Office of the Prosecutor General declared it an undesirable organization in the Russian Federation. As early as November of the same year (according to the Register of Companies of the United Kingdom) it was renamed to “Human rights project management”* (banned on the territory of the Russian Federation). 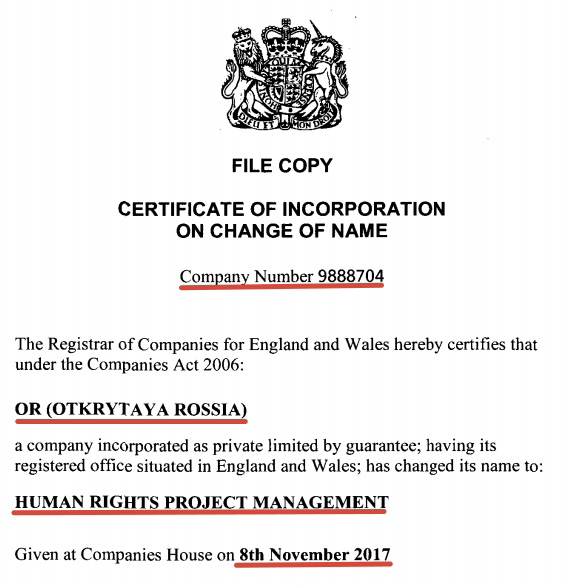 For the full characteristic of the newly appointed director Natalya Shachkova, we will present some additional facts.

According to the Register of Companies of the United Kingdom, Natalya Shachkova is in charge of another noticeable company of Khodorkovsky – "Hannover 16 Limited". It is not that much a household name, but noticeable for two things.

First, it has only one founder, and this founder happens to be Mikhail Khodorkovsky himself, and that alone is very strange, as this oil swindler prefers to act through different offshore shell companies. 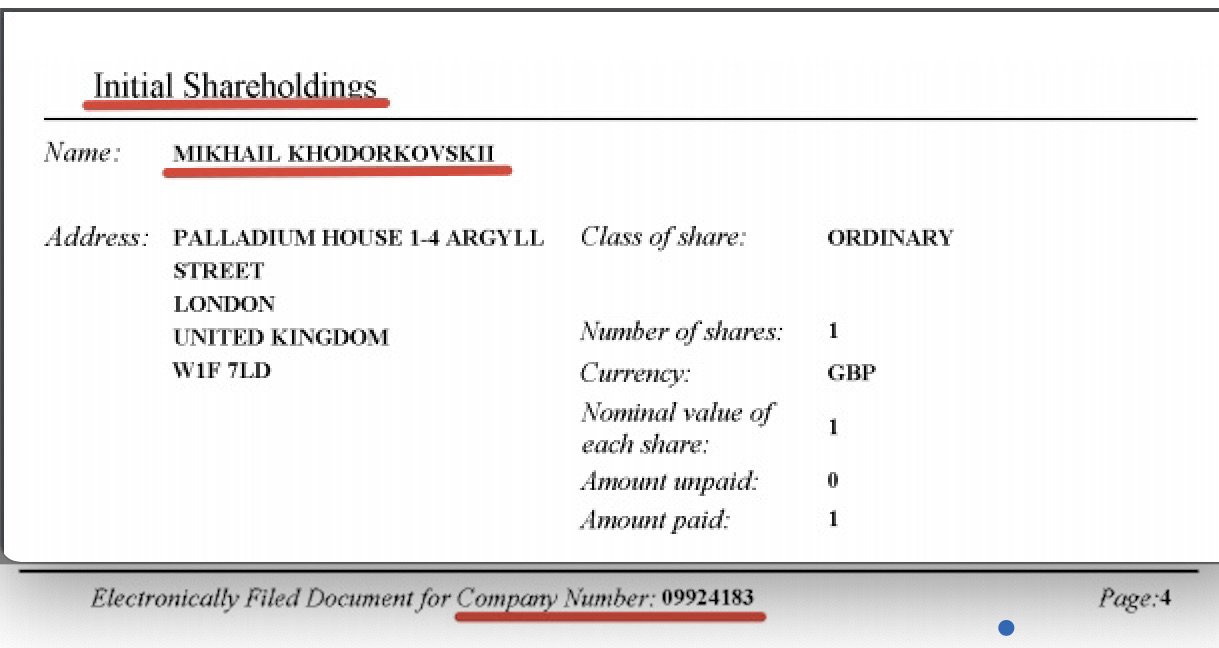 Second, “Hannover 16 Limited” through its Estonian affiliate “Open Press OU” participated in media deals of Khodorkovsky and acted in the capacity of the founder of “Open Media” which now is blocked up. 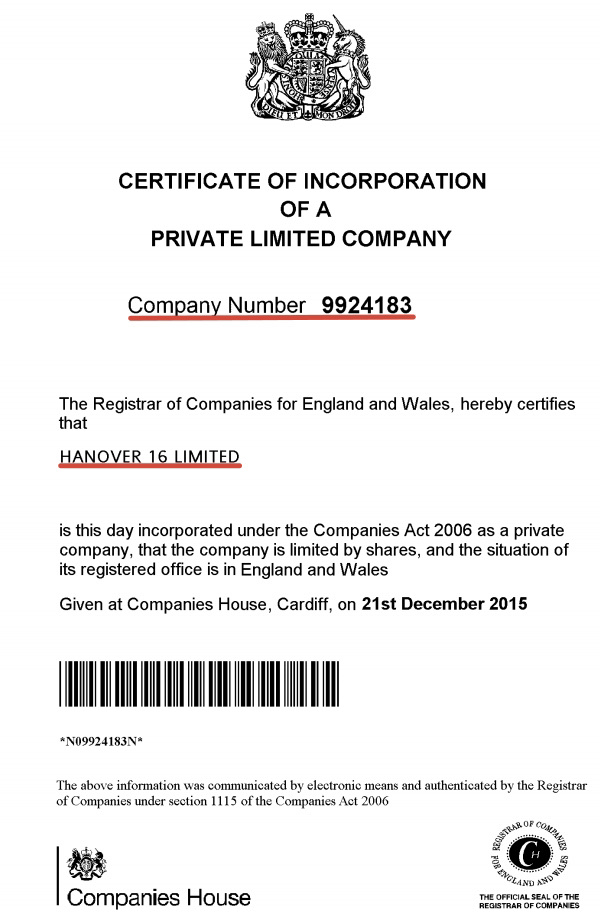 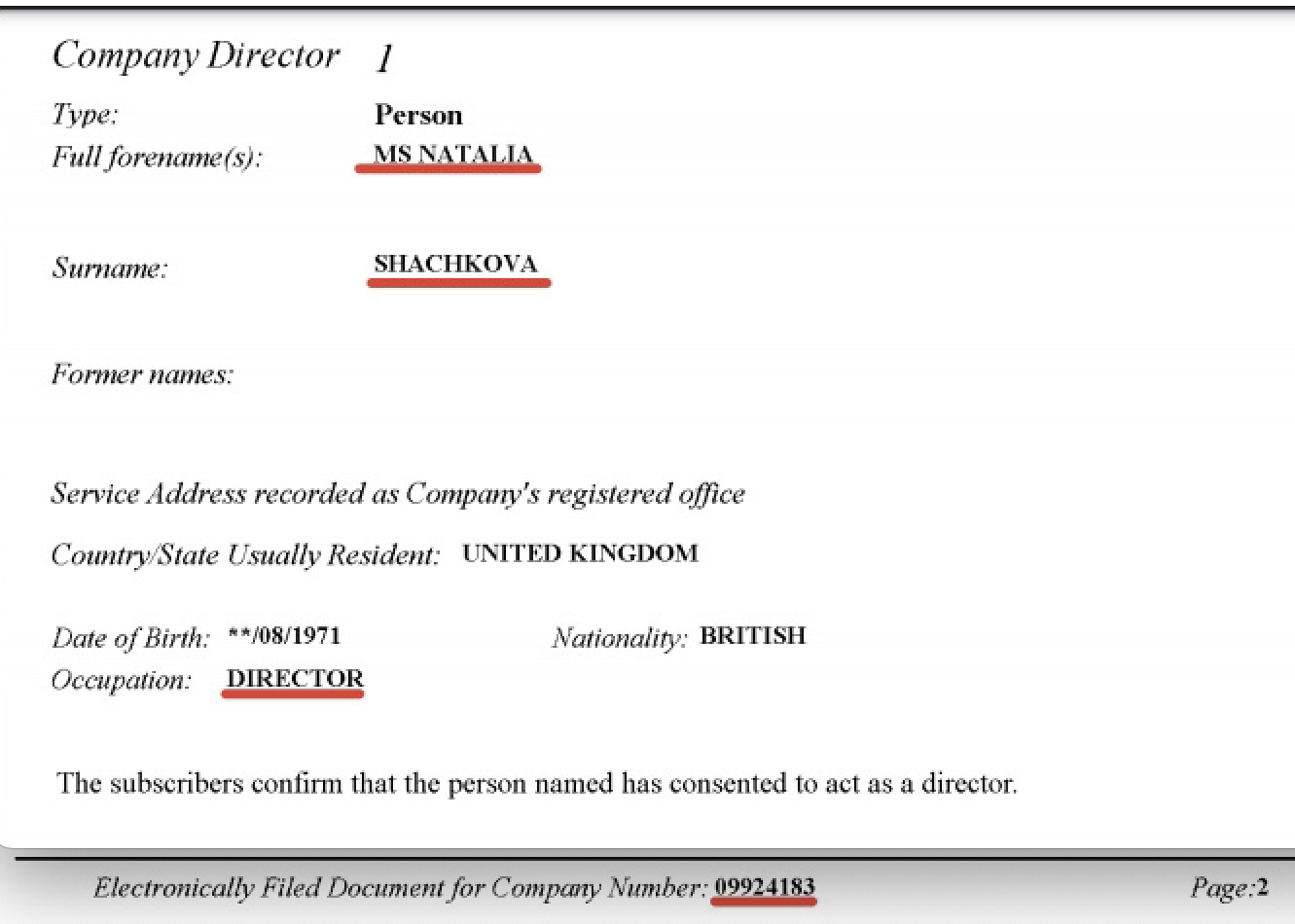 In the company “MBK IP UK Limited” got spotted another well-known person – Anton Drel, Khodorkovsky’s personal lawyer, who, as one of the founders, until January 2018 had controlled this firm, and then passed the controlling stake to Kamilla Mehtiyeva. Today, she owns more than 75% of the shares of the company (according to the same Register of Companies of the United Kingdom). 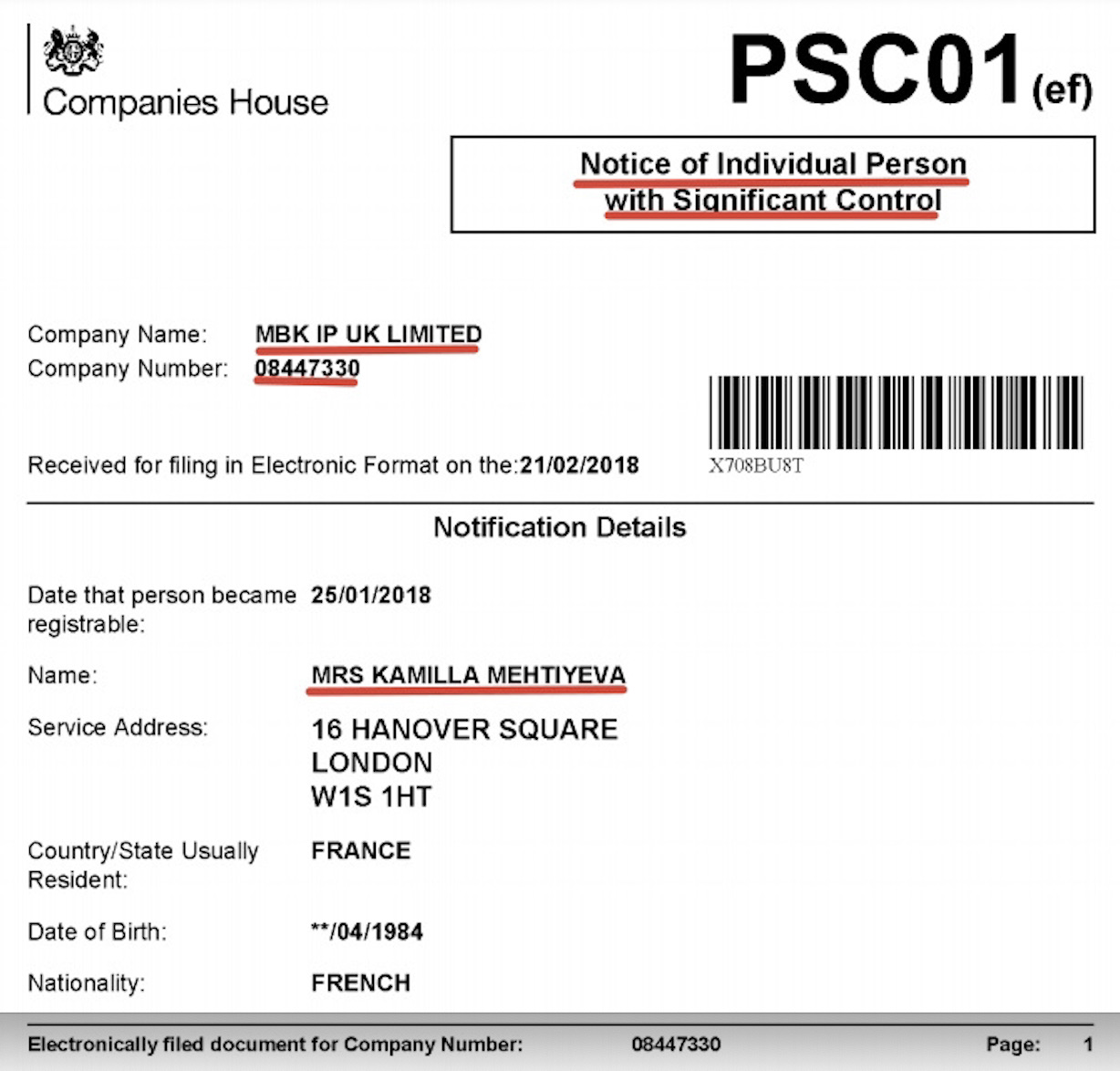 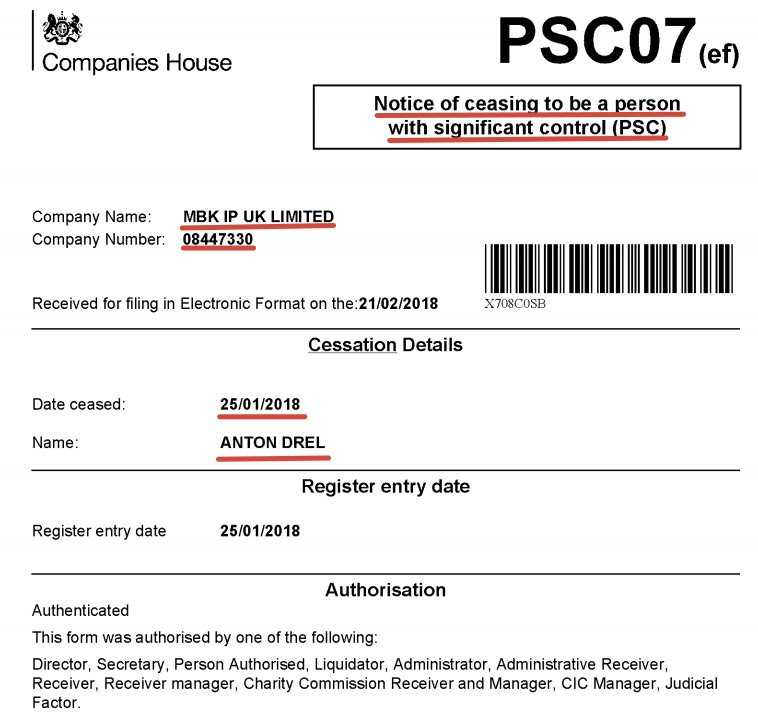 It’s indicative that Roman Badanin* (acts as foreign agent), the founder and former chief editor of the publication “Proyekt” *(it was the first “carrier” among the Russian press of the status of “undesirable organization”) conducts negotiations about the financing of this media-outlet with representatives of Mikhail Khodorkovsky.

“If negotiations will be successful, Badanin will get financial means to continue the work of “Proyekt" through the British foundation of Khodorkovsky "Future of Russia" (banned on the territory of the Russian Federation), British company "Hanover 16 Limited" (it finances several media assets of Mikhail Khodorkovsky) and other legal entities of the oligarch, registered in the European Union”, points out the website of RT.

By the way, Badanin is learning how “to cut off tails” from his employer Khodorkovsky – the “burned” project “Proyekt” will be renamed to “Agency”.

Stands to reason that the ruling of the Office of the Prosecutor General and the "Roskomnadzor" has blocked for Mikhail Khodorkovsky and working for him information clerks the access to the Russian public. But, as we see, Khodorkovsky “is changing names and safe houses” and planning to continue his destructive activity”, notes the website Prigovor.ru.
Alexander Zhelnin