No Match For David Copperfield 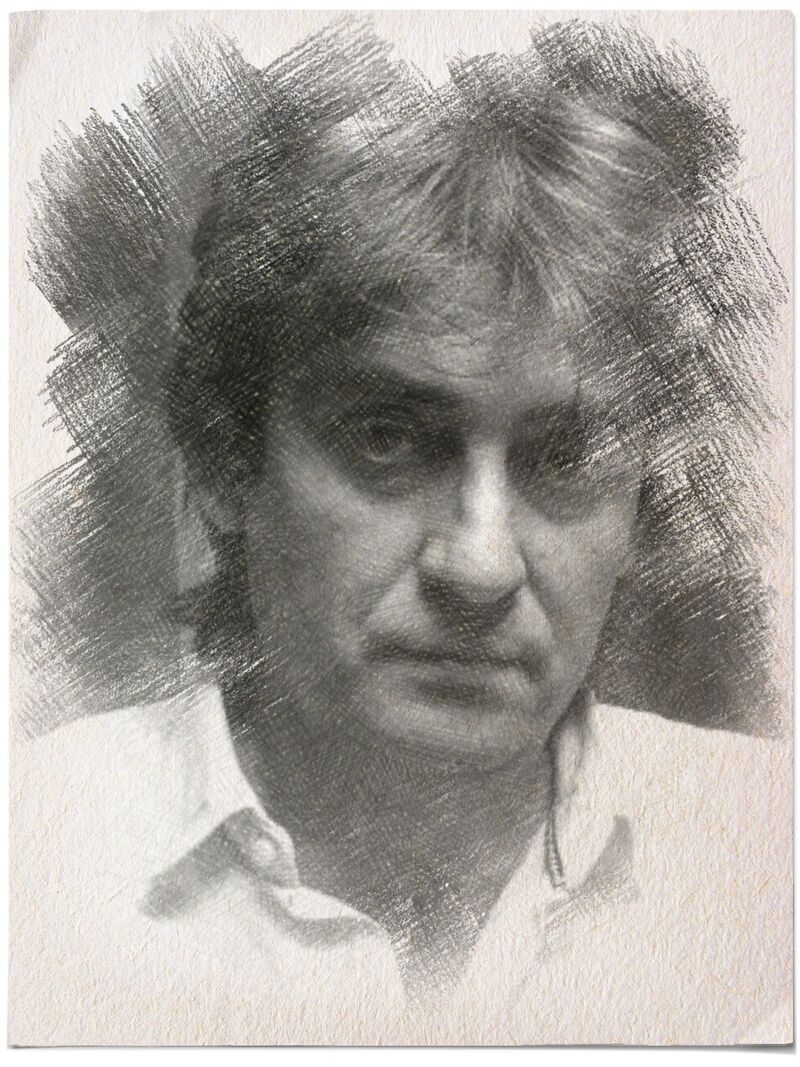 FLB: Navalny is suspected of fraud, concealment of information on 106 million sponsorship funds and embezzlement of 41,3 million rubles. This is how Navalny earned enough for a new criminal case 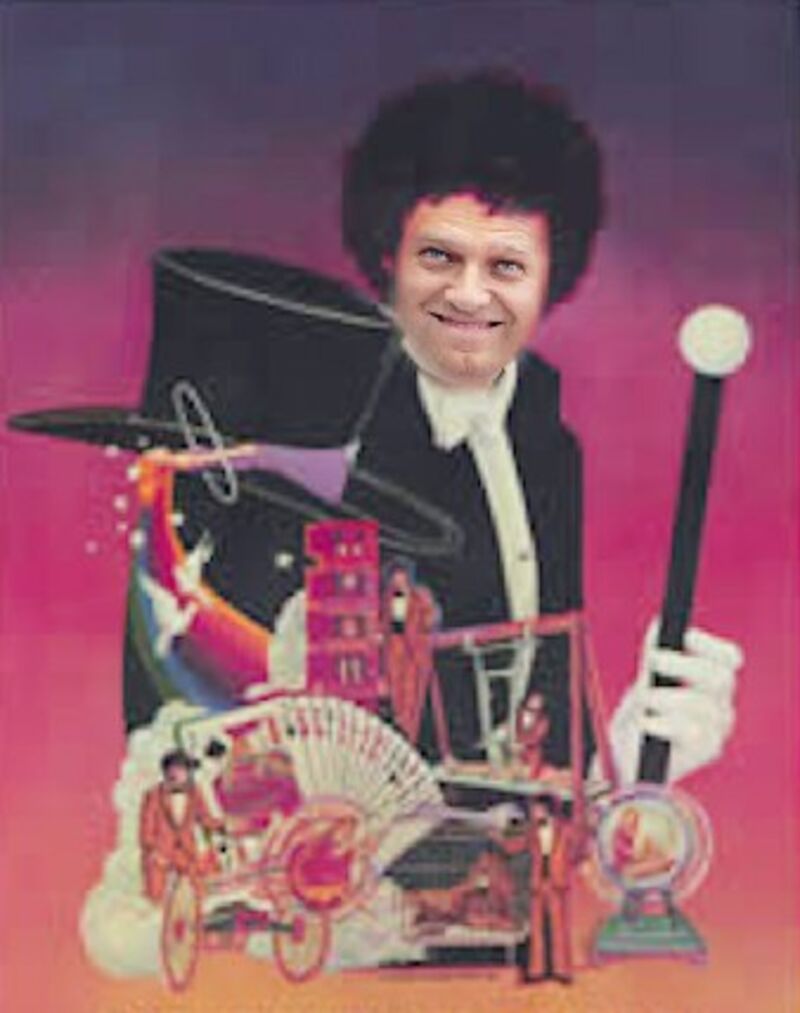 As an introduction let’s commence in the form of an Open letter to Mr. Tony Hassini, President of the International Magicians Society and David Copperfield’s teacher, - «Let Navalny join the society!” 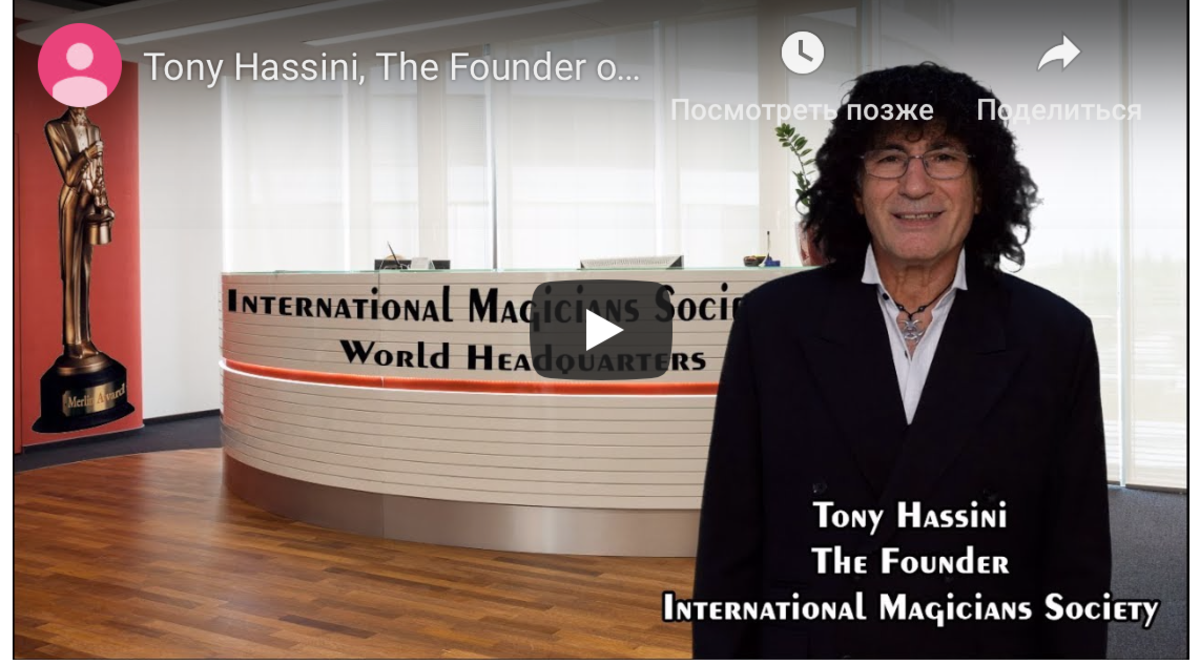 We know that as the head of the International Magicians Society and David Copperfield’s teacher you devote a lot of time to the search of new talents. We take the liberty to encourage you to look into the candidature of the Russian public activist and blogger Alexei Navalny. Let him become a member of your club, Alexei deserves it! We believe that even you will not be able to unravel the secrets of some of his magnificent illusions and tricks. 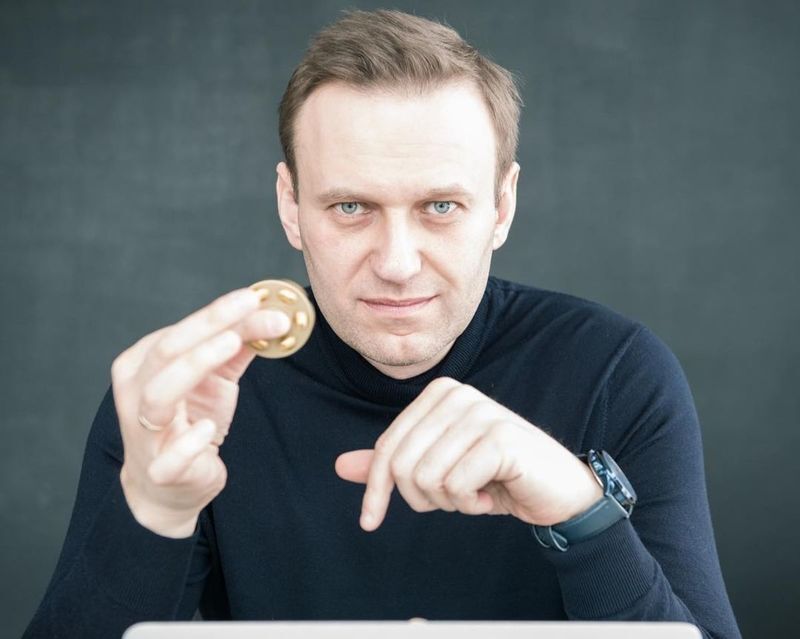 At the end of April Alex Navalny published FBK’s 3-page Financial report for 2018 in which he officially gave an account to his supporters and sponsors. The amount of big words was, as always, staggering: “The Anti-Corruption Foundation exists all thanks to you”, “The Anti-Corruption Foundation operates only through your support”. However numerous precise figures usually provided in annual reports were deliberately not specified. 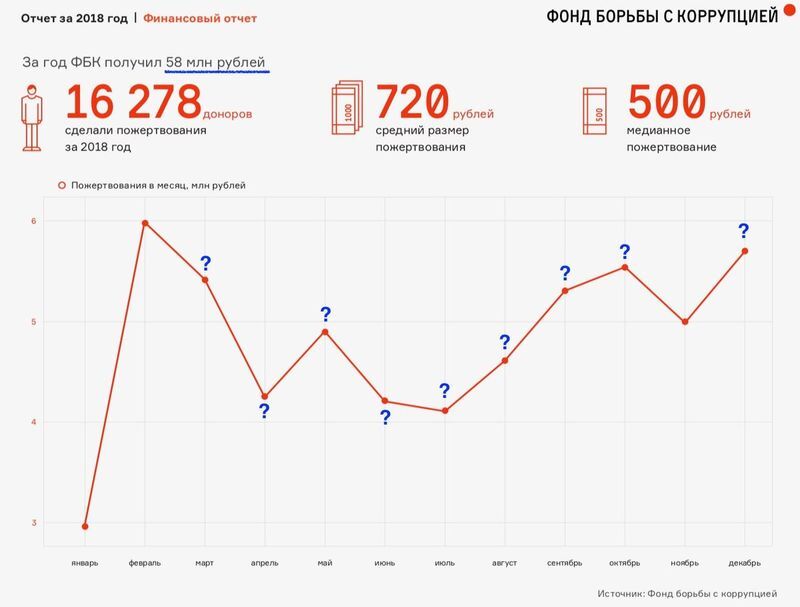 The tricksters plotted a graph of monthly donations but did not indicate the precise amounts (we had to calculate the figures and add them in blue). 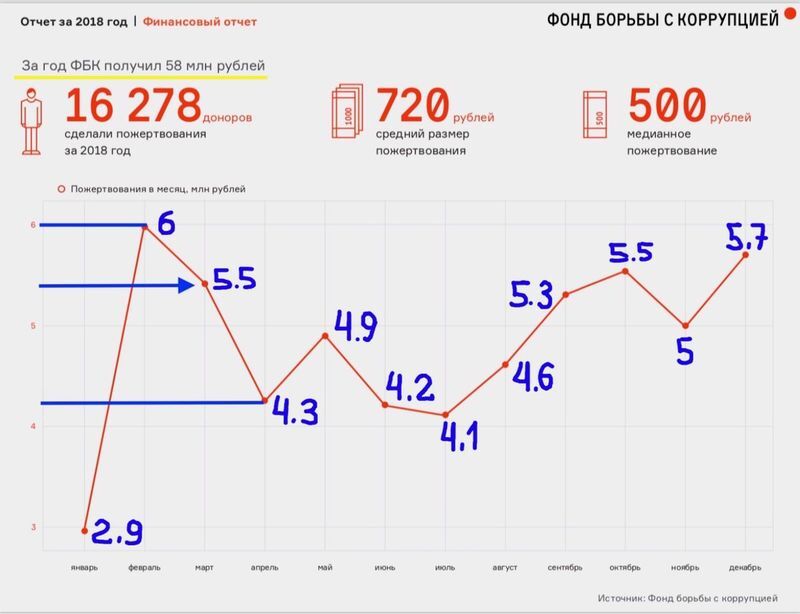 In that case they could do with one phrase – FBK received ₽58 million donations for the year. And that’s that. There’s no need for extra details, monthly distributions, since we take Navalny’s word for it. The main thing is colorful infographics. Then again these are minor omissions which divert attention from the annual report’s main gap (that’s what illusionists do).

The thing is that in FBK’s 2018 Financialon the miraculous ₽58 million Alex Navalny managed to avoid ever saying the magical word “bitcoin”. Not even once! He simply didn’t include the donations received on the official bitcoin wallet of Navalny’s headquarters - 3QzYvaRFY6bakFBW4YBRrzmwzTnfZcaA6E. Meanwhile, in 2018 more than 106 million sponsorship funds ($1,6 million) were deposited in this cryptocurrency wallet! And nobody noticed it! All right, he mentioned the ₽58 million but cleverly covered up the ₽106 million. You have to admit, Mr. Tony Hassini, in your home country this is a skill worthy of a prize – a cell in the Sing Sing Correctional Facility.

We remind the “guppy-fish” – the blogger’s enthusiastic supporters – that in December 2016 public fund-raising commenced under the slogan “Support the campaign for the nomination of Alexei Navalny for presidency”. The “navalny20!8” website, which inter alia was used to collect bitcoin donations, was launched.

On this website, under the number of the bitcoin wallet, it was written in a small font just like in fraudulent bankers’ contracts: “Prior to the registration of an electoral account we collect funds in the campaign manager Leonid Volkov’s e-wallets. Public reporting will be provided on the receipt and expenditure of funds.”

And since then Volkov’s wallet 3QzYvaRFY6bakFBW4YBRrzmwzTnfZcaA6E has regularly been replenished in the past and now (see below). In the “Crates full of bitcoins” investigation our agency FLB stated: “As Marilyn Monroe used to say, diamonds are a girl’s best friend. Well, it appears bitcoins are Navalny’s best friends and supporters."

Recall that in our investigation, we proved that the tale about Navalny’s organized community existing only on funds donated by supporters is a big myth. We proved that 94% of bitcoin transfers are large donations from Western funds and only 6% can be attributed to small student contributions. Basically, Navalny's phrase - “The Anti-Corruption Foundation operates only through your support” - is a blatant lie.

The FLB agency proved that Navalny’s main source of funding is bitcoins. And a year ago, after the presidential elections, since April 2018 the cash inflows only increased. 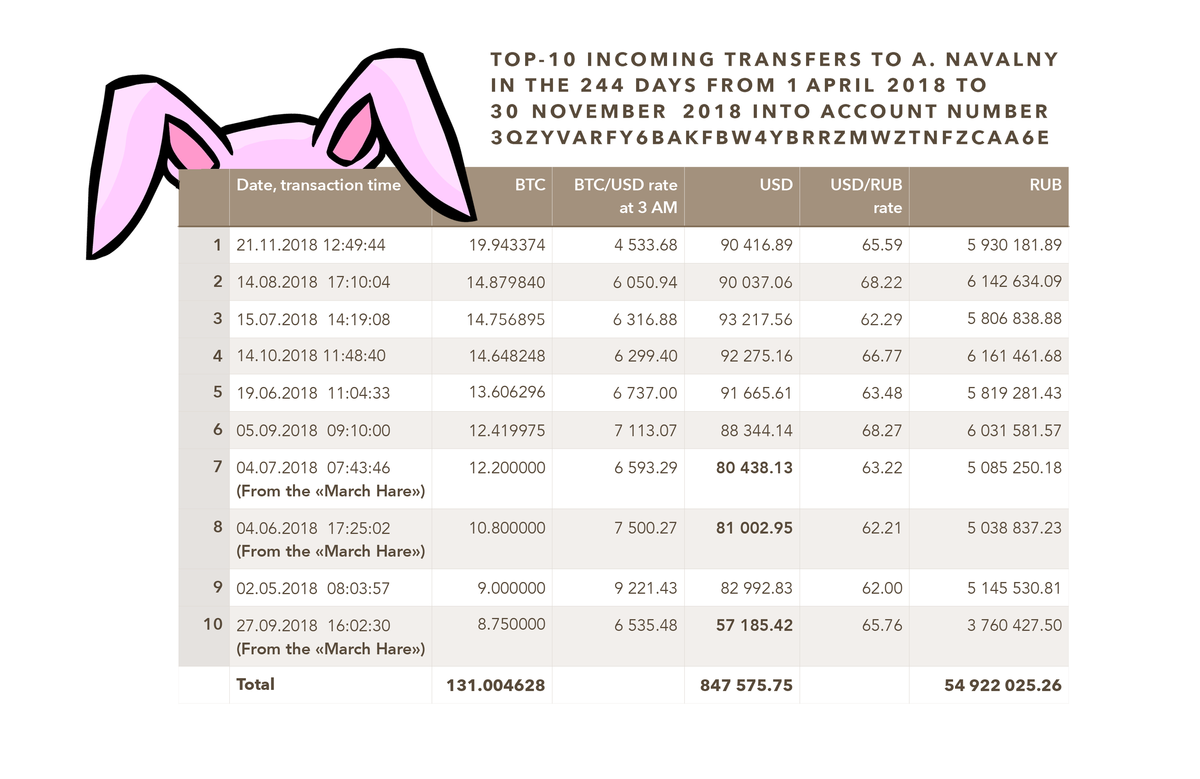 Therefore, dear Mr. Tony Hassini, appreciate the courage and virtuosity of Mr. Navalny. We recall once again: In FBK’s 2018 report he and his "accountant" Leonid Volkov, apparently distracted, forgot to include data on the annual deposit of sponsorship donations in bitcoins in the amount of 106 million 625 thousand 774 rubles (or 1 million 684 thousand dollars) in the bitcoin wallet A6E.

We think that at the Investigative Committee of the Russian Federation in the Tekhnichesky lane Navalny and Volkov would be immediately accused by the letter of the law of fraudulent misappropriation and misuse of ₽106 million sponsorship funds as well as concealing them from their own public organization. It makes sense. The "fighters against corruption" single-handedly, officially reported to their donators only about 58 "recurrent" millions. And they didn’t mention the 106 million on the crypto-currency account. These are typical Mavrodi followers. We believe this is fraud in its purest form.

We recall once again that in the “transparent”, fake report on the 58 million rubles, the tricksters plotted a graph of monthly donations without indicating the precise figures. And now look how much money sponsors actually transferred monthly to Navalny and Volkov’s “opaque”, “forgotten” crypto-wallet: 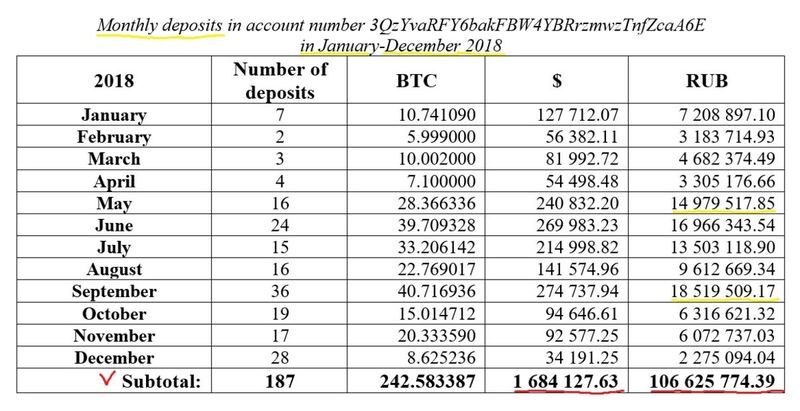 Sleight of hand! Masterly performed! The guys report to, for example, their zealots, adherents of Navalny’s sect, that in May 2018 they received ₽4,9 million donations while in fact ₽14,9 million were transferred to their bitcoin wallet in May. They write that they collected only ₽4,2 million in June, however in reality they received ₽16,9 million. They lie that ₽5,3 million were transferred to their account in September, while 18 million 519 thousand rubles were actually collected.

Again, the investigators are likely to reasonably accuse the promising illusionist and Mavrodi follower Alexei Navalny of fraudulent appropriation of 106 million rubles. Though understanding Navalny and Volkov’s near-criminal mindset we believe that in 2018 they appropriated no 106, but only about 42 million rubles. Here’s why.

Their ”2018 FBK Financial Report” is an out and out lie. In reality, ordinary supporters’ private donations account for only 5-6% of the total amount of donations. Everything else is western funds’ grants through a blockchain platform. FLB Journalists wrote about this in detail in the investigation “Crates full of bitcoins”, as well as about the fact that part of the bitcoins received is cashed, the money is handed out to FBK employees, who then deposit the funds in bank accounts as private donors. (This is how ordinary employee Anna Chekhovich deposited 17 million 336 thousand rubles in 2017, while Ruslan Shaveddinov “donated” ₽15 million 498 thousand and Leonid Volkov himself deposited 47 million 525 thousand rubles etc.) That’s the primitive scheme we’re dealing with, it’s needed to officially replenish the fund’s account and to create an illusion of legal activity.

All in all, we suspect that FBK leaders Alexei Navalny and Leonid Volkov concealed information about the sponsor crypto-millions from their Anti-Corruption Foundation employees and ordinary donors and then seemingly appropriated 41 million 325 thousand rubles. The math is simple: 106,6 million rubles (undisclosed real crypto proceeds)–65 324 695 rubles (FBK expenses for the year according to the report)= 41 325 774 rubles. That’s about 630 thousand dollars. Not bad at all for two. 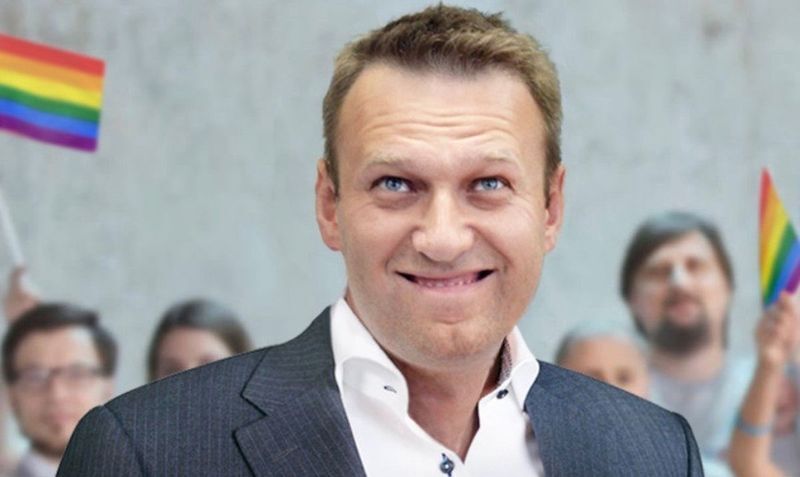 In this regard, the telegram channel “Confession of an FBK employee”, having analyzed the history of Volkov’s bitcoin wallet, came to the conclusion that the withdrawal of bitcoins from the account surprisingly coincides with the dates of Alexei Navalny’s numerous tourist trips abroad – to Italy, the USA, Germany, Thailand, Spain. Well, all right, naïve Yankees provide Alex Navalny with funds to “fight the regime”, while he spends the money fighting nothing but lobsters.

“We are always open to discuss how FBK is funded. We even report about our expenses…” – wrote Navalny in the preface to last year’s financial report. How can you not believe such a nice guy. We think that the president of the International Magicians Society Mr. Tony Hassini can appreciate Alex Navalny’s enchanting abilities, although it’s clear that he doesn’t hold a candle to David Copperfield.

Yes, of course, Navalny and Volkov continue their cryptoactivities in 2019.

The "forgotten" account number 3QzYvaRFY6bakFBW4YBRrzmwzTnfZcaA6E is regularly replenished with bitcoins, which the "fighters against corruption" diligently exchange for rubles and foreign currency. Since January 63.92213 BTC – which is $278,370 or 18 million 134 thousand rubles have already been transferred to the account A6E.(The average BTC/USD rate in 2019 was equal to 4 221, and the USD/RUB rate – 65.37).

And since 1 April 2019 Navalny has a new recurrent (regular) donor. Large amounts have flowed in from account number 3DdBZ734DjaqBf29PvjxWv9mvU6VaQEs8H. For April 25.619289 ВТСor 130 thousand dollars or 8 million 446 thousand rubles were transferred in 12 transactions from this account.

Apparently, at the end of 2019 Navalny will compose another illusory report, if the Investigative Committee of the Russian Federation does not stop him.

And finally, once again, as an encore, we’ll remind you about the political illusionist Alex Navalny’s signature move. Right after the presidential elections in March 2018 his calls for bitcoin donations abruptly stopped. For almost a year and a half the account number of the bitcoin wallet was in plain sight. 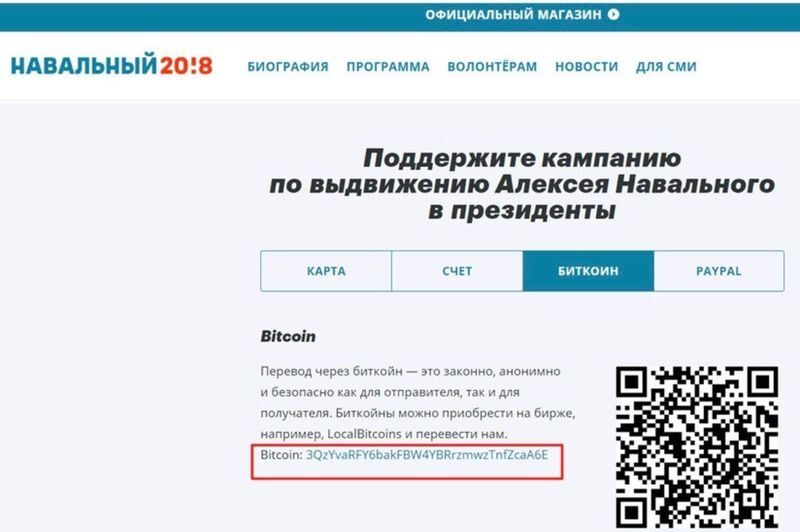 And now the picture about the donations on Navalny’s website looks pristine and crypto-immaculate:

Hello? Where are the bitcoins? From whom did the “fighters against corruption” receive 1 million 624 thousand 127 dollars in the account A6E for the 12 months of 2018?

P.S.A year ago, in the report for 2017 Navalny with Volkov wrote pretentiously:

“I thank you very much and bow down to each of the more than 140 thousand people that supported Alexei Navalny’s campaign in 2017 by donating their honestly earned and by no means excess money. This is the only form in which politics can and should exist; in fact, in the politics of the beautiful Russia of the future there will be no place for politicians who can’t explain the origin of the fundsthey use to run their campaigns and who can’t report to their donors.”

Well said. Now it’s obvious that this is exactly what Mavrodi’s followers, concessionaires Navalny and Volkov can’t do.

And another statistical fact is comforting. The number of Navalny supporters is rapidly declining, it seems that people have finally figured out his tricks. 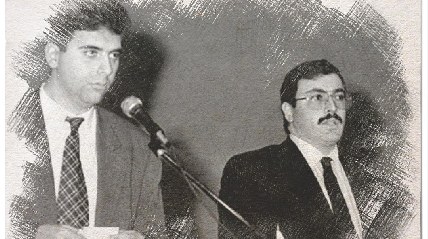 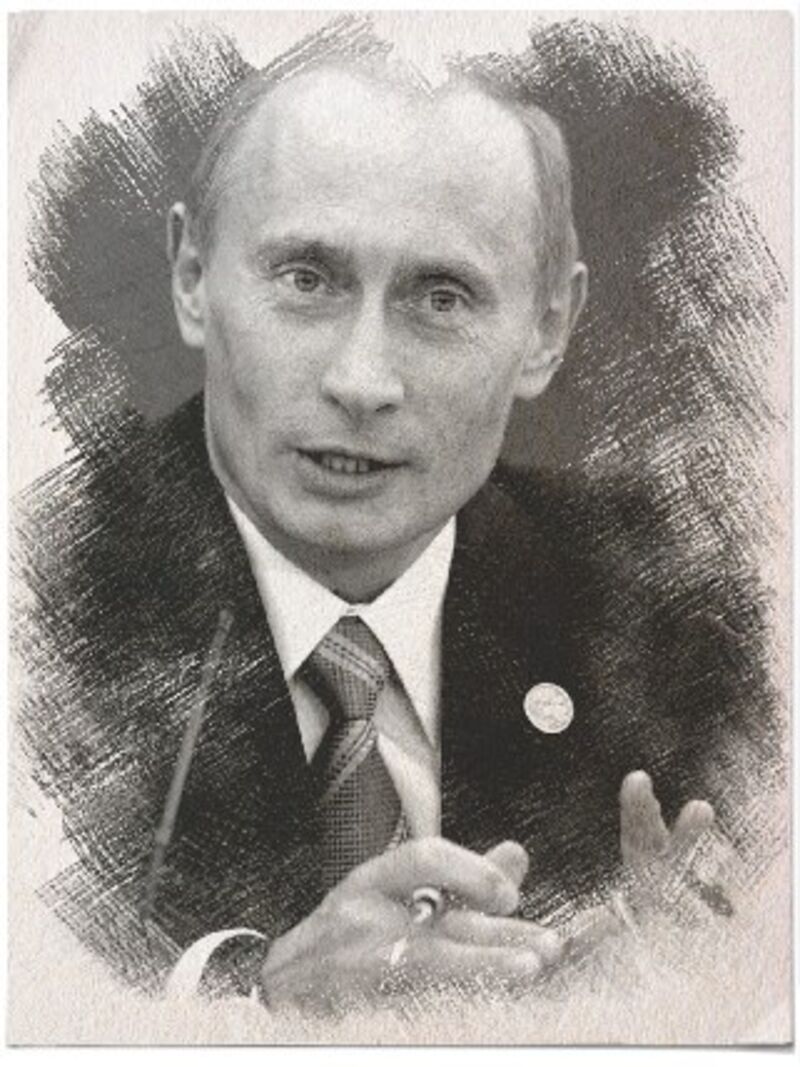