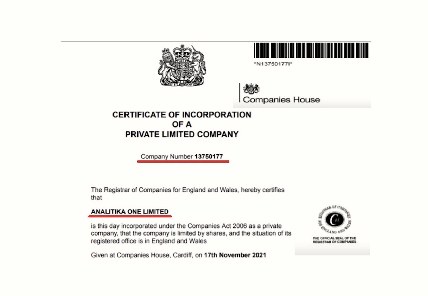 In the company registry of Great Britain, on November 17, emerged a record about the creation of a new company – Analitika One Limited (Company number 13750177). The director of the newly found company is Natalia Shachkova, an old and approved employee, an accomplice of longstanding offshore operations. 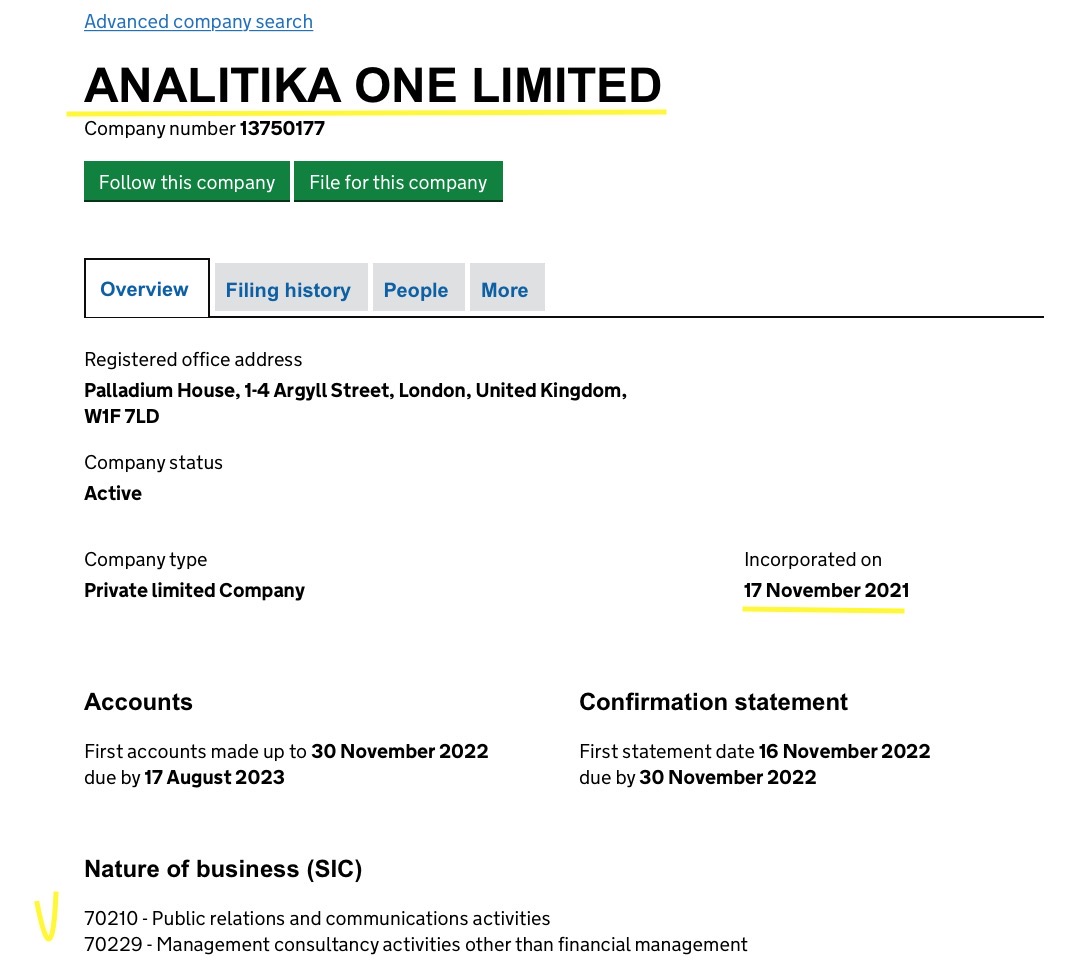 Let’s point out some nuances of the new firm. Natalya Shachkova has not only been appointed as a person controlling the company (Individual Person with Significant Control Details). Let’s also point out particularly “non-financial” codes of activity of the company, formalized in the statuary documents: 70210 – Public relations and communications activities; 70229 – Management consultancy activities other than financial management.

And a little additional trait – the registered capital of the newly created company amounts only to 100 pounds. I.e., an entity was created that doesn’t put at risk any assets of the fugitive oligarch. 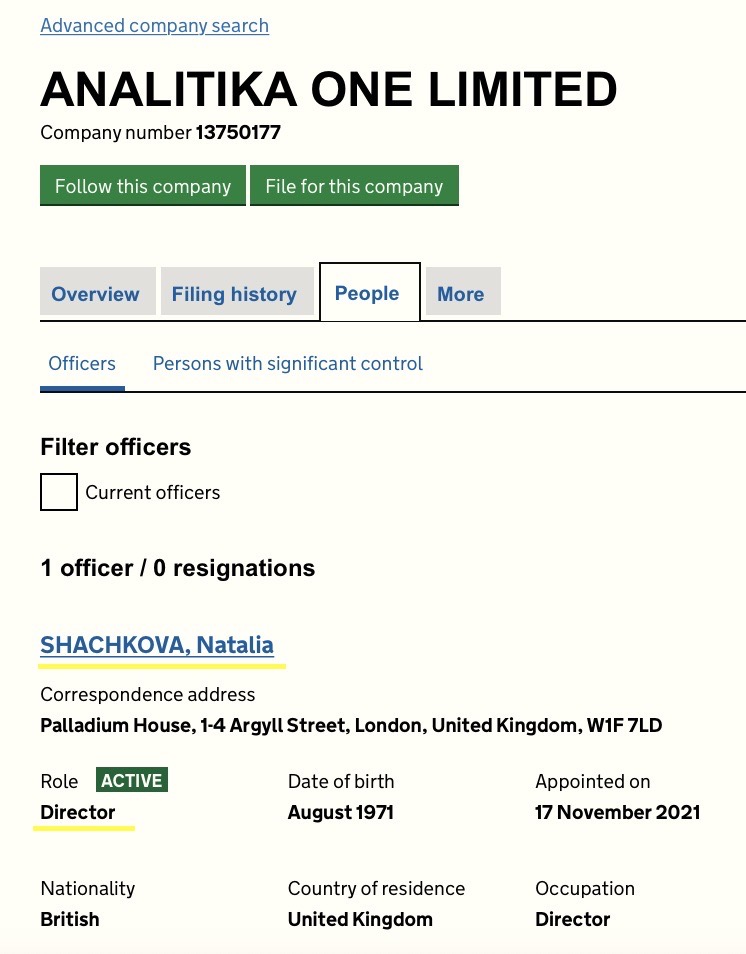 The last time Natalia Shachkova, the director of the newly-baked company “Analitika One Limited", fell under the spotlight of journalists of the project Prigovor.ru, was in the summer of this year. When she, being designated director of a firm from the orbit of the fugitive oligarch Khodorkovsky, promptly changed the name of this company, and we wrote about that in the article “Khodorkovsky has hidden his London form in a new place”.

The change of names of Khodorkovsky’s companies, or rather, covering one’s tracks, is not a new job for Natalia Shachkova – once she already pulled off such trick with changing the name of the company OR (Otkrytaya Rossia)* to Human Rights Project Management** after this company was recognized as a legal person, the activity of which is undesirable on the territory of the Russian Federation.

This company together with its irremovable director Natalia Shachkova time and again came to the attention of reporters and lawyers – for instance, in 2015 the firm was at the center of the investigation of FLB.ru journalists – “Czech dump of M.B. Khodorkovsky” («Чешская помойка МБХ»), and in 2016 – “Grey Schemes of Open Russia” («Серые схемы «Открытой России») – which were devoted to the history of the use of this firm for dubious operation on illegal financing of various candidates in the course of elections in Russia.

Natalia Shachkova is also the director of the London firm "Hannover 16" which is noticeable by the fact that its owner is personally Mikhail Borisovich Khodorkovsky. Apart from that, “Hannover 16 Limited” through its Estonian affiliate “Open Press OU” earlier took part in Khodorkovsky's media deals and was a founder of the nowadays blocked and undesirable "Open Media”*.

New firms are usually created for new projects. On the “Forum of Free Russia” which is now taking place in Vilnius, Khodorkovsky relaxed surrounded the band of like-minded fellows and let out a secret. Apparently, in 2022 media projects of Khodorkovsky and Nevzlin will be concentrated on the theme of dismembering Russia.

- Is it possible to create a united democratic Russia? – asked himself the ex-prisoner from London.
- My answer is "No". Russia may be either united or democratic, - said Khodorkovsky according to the report of the foreign agent Idel.Реалии”, notes the website Prigovor.ru.

*OR (Otkrytaya Rossia) («Открытая Россия») (Great Britain – from 08.11.2017 - “Human Rights Project Management)** - organization which is recognized undesirable on the territory of the Russian Federation by the decision of the Office of the Prosecutor General from 26.04.2017.